We asked Harriet Lloyd-Smith, the Arts Editor of Wallpaper*, to write a foreword to our latest studio project in relation to the history and future of portraiture. Harriet asks what defines a portrait and delves into questions of recognition and reflection. 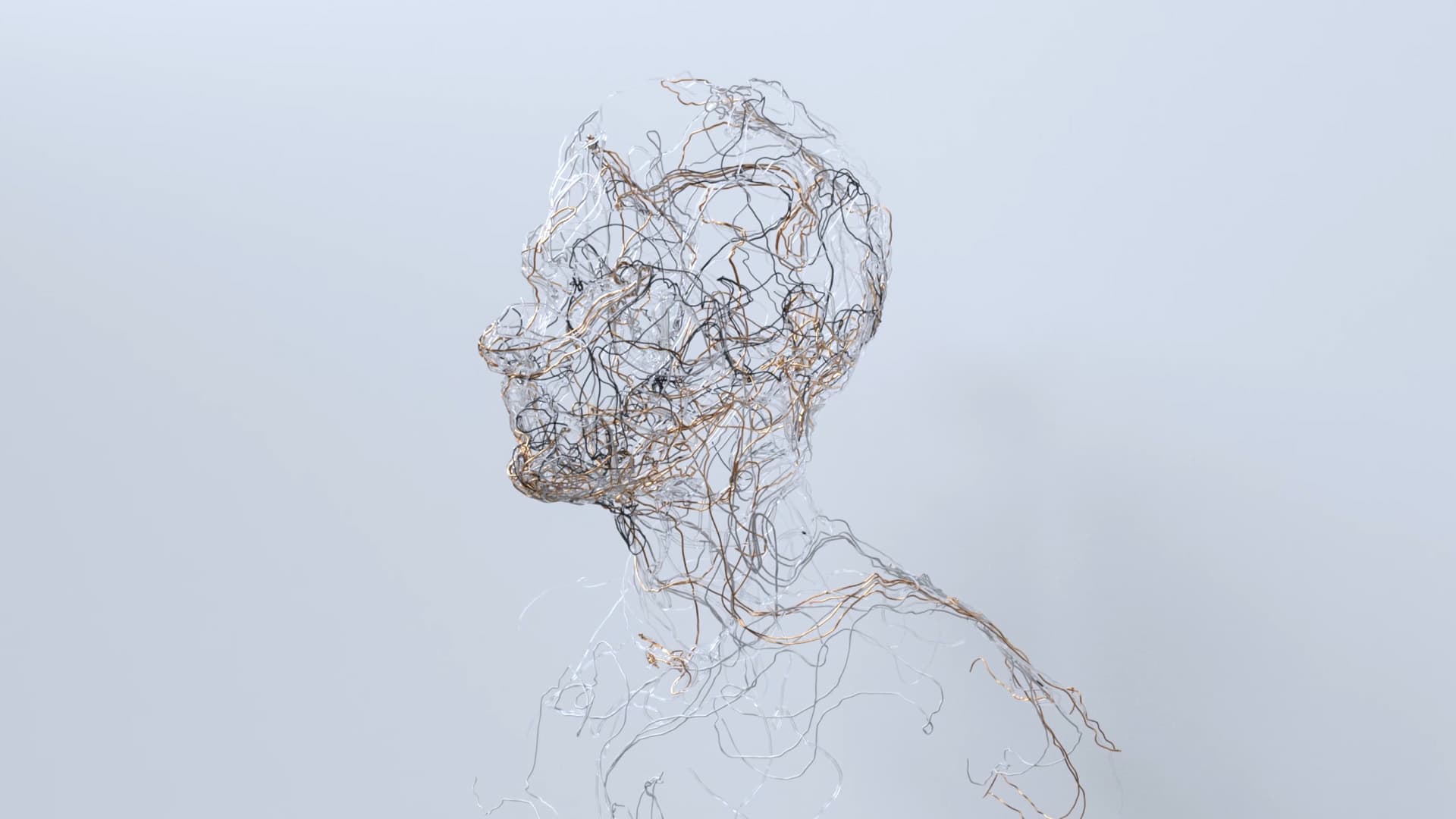 Portraiture is one of – if not the most – important genres in the history of art. Its role, beyond the obvious function to document the physicality of a person, is to simultaneously extract, understand and capture their character, identity and psychology.

The 20th century saw seismic shifts in the relationship between art and the body. It began with the body as a subject, and the portrait as exercises in documentation, flattery and status. As modernism swelled, the body became a vessel of agency and individuality, capable of being represented in art, but also directing it. More recently, the rapid evolution of the meta self – digital representations of the human body and of our lives – sees us simultaneously occupy the physical and digital worlds. 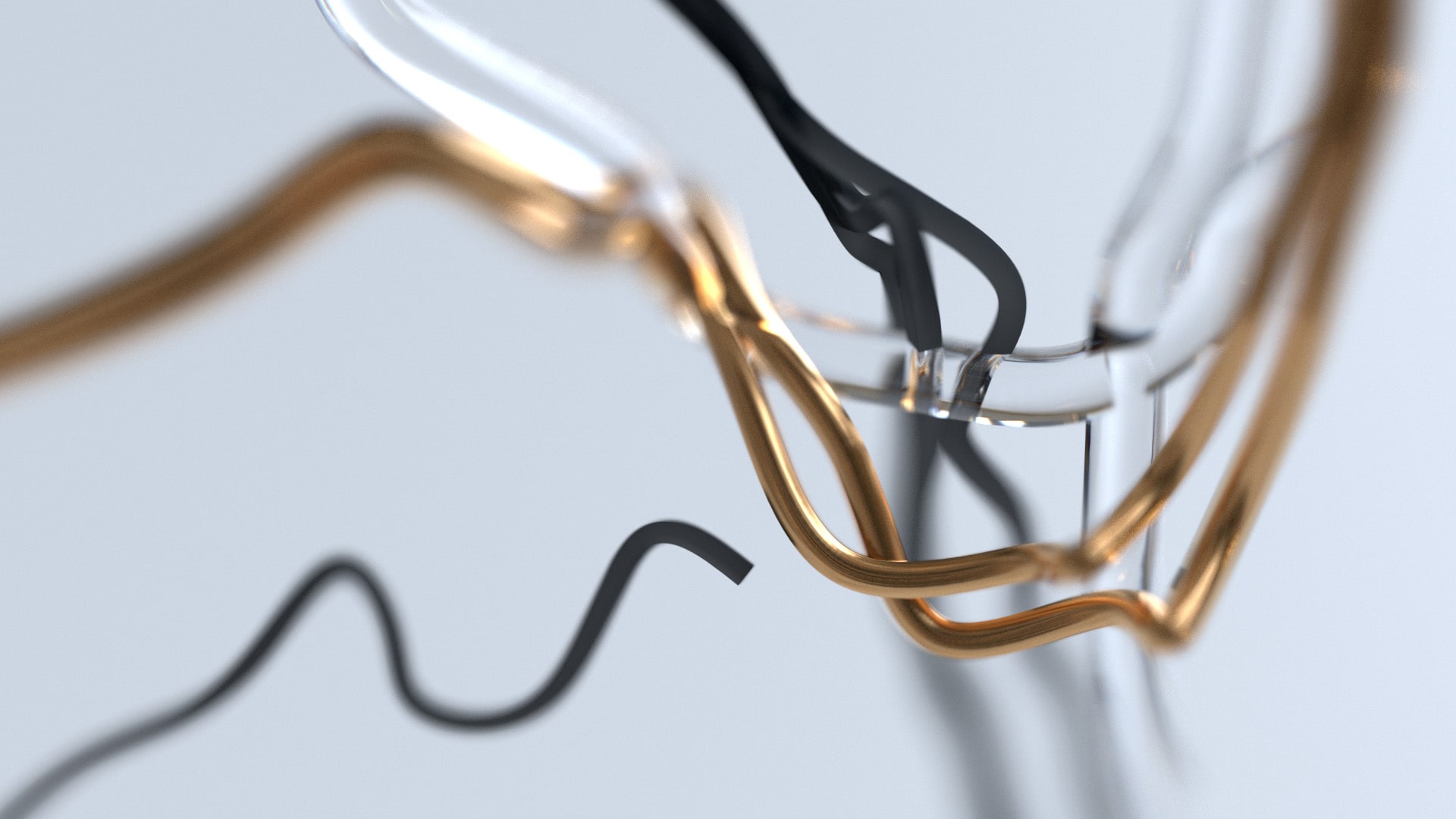 This summary will delve into the liminal and ambiguous space between abstraction and figuration that many artists have occupied, from formalism to conceptualism. This inquiry is at the heart of Found’s new project, Portraits, which, through a merging of technology and art, explores the threshold of visual legibility and stretches the concept of recognition to its limits.

How do we read between the lines of recognition? What, through our eyes, makes a person a person?

Found’s Portraits are raw sketches; their process never produces the same outcome twice. This organic yet synthetic pipeline has amassed a body of work that offers a spectrum of results from fleeting, suggested resemblances through to full representations. Collectively, they offer clarity, but as component parts, they call upon our instinct to connect the lines and fill in information. The human desire to make sense of data and complete the incomplete means the quantity of information presented can be dialled right down. 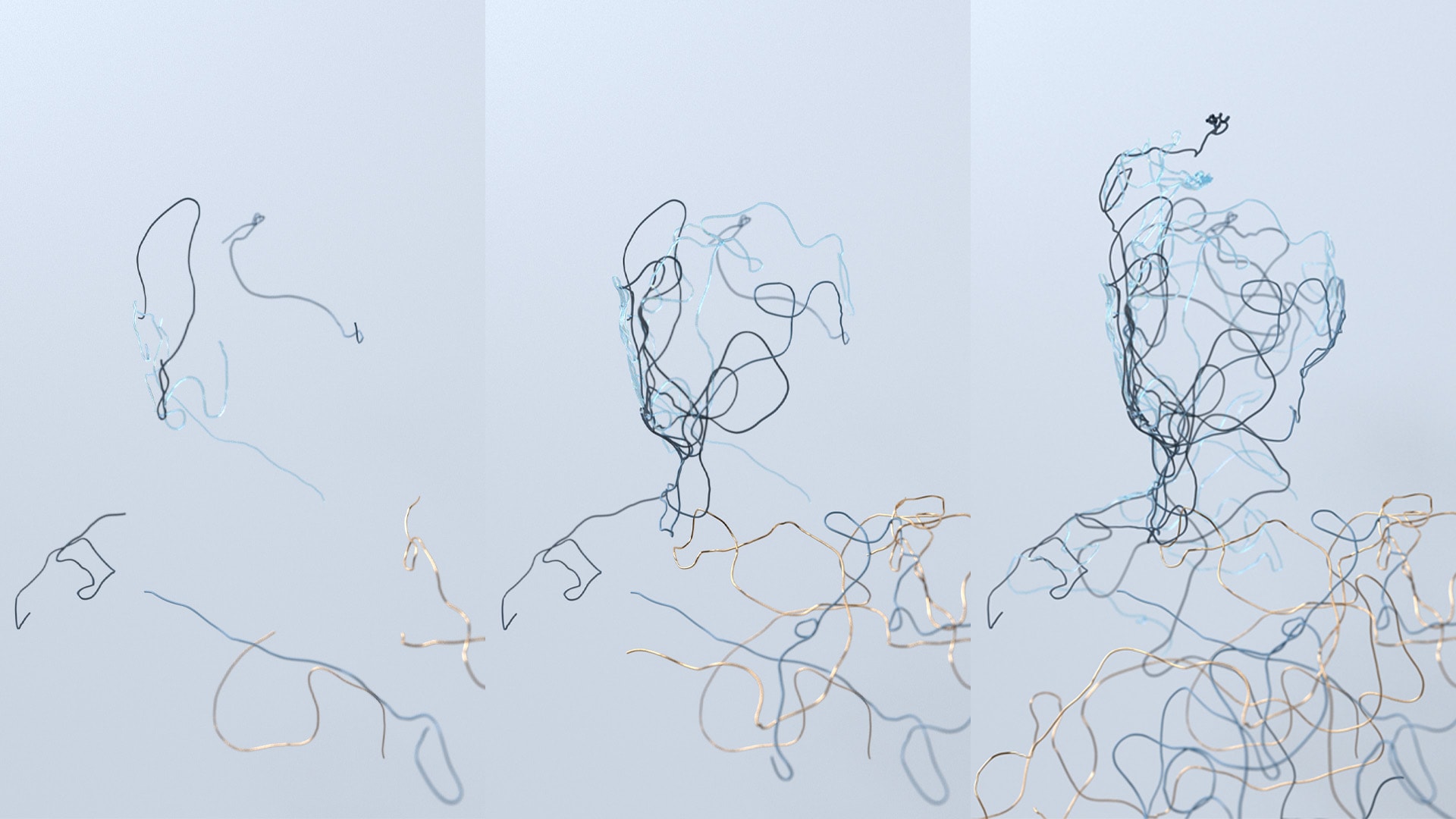 Ideas of optical representation are bound into the history of art. Some artists – such as painter Lucian Freud captured the raw, visceral innards of the human condition, influencing leading contemporary portrait artists such as Jenny Saville. Others, such as Henri Matisse (who often used single lines or blocked shapes to distil complex ideas) tease suggestions of form, but never offer quite enough for certainty.

In contemporary times, artists continue to toy with the cusp of legibility. The work of French artist Xavier Veilhan occupies both the psychological and technological spheres of recognition. His 2021 exhibition, ‘Autofocus’ at Perrotin New York explored how far 3D scanned representations of subjects could be digitally ‘blurred’ before the individuals were no longer recognisable. With details erased and edges softened, the posture of individual sculptures took centre stage, their silhouettes ‘re-constructed by the viewer’s vision.’

As John Berger stated in his seminal Ways of Seeing (1972): ‘We never look at just one thing; we are always looking at the relation between things and ourselves.’ Berger argued that the way a work of art was perceived varied depending on the person who was perceiving it. So as there are different ways of seeing, there are also different ways of being seen. 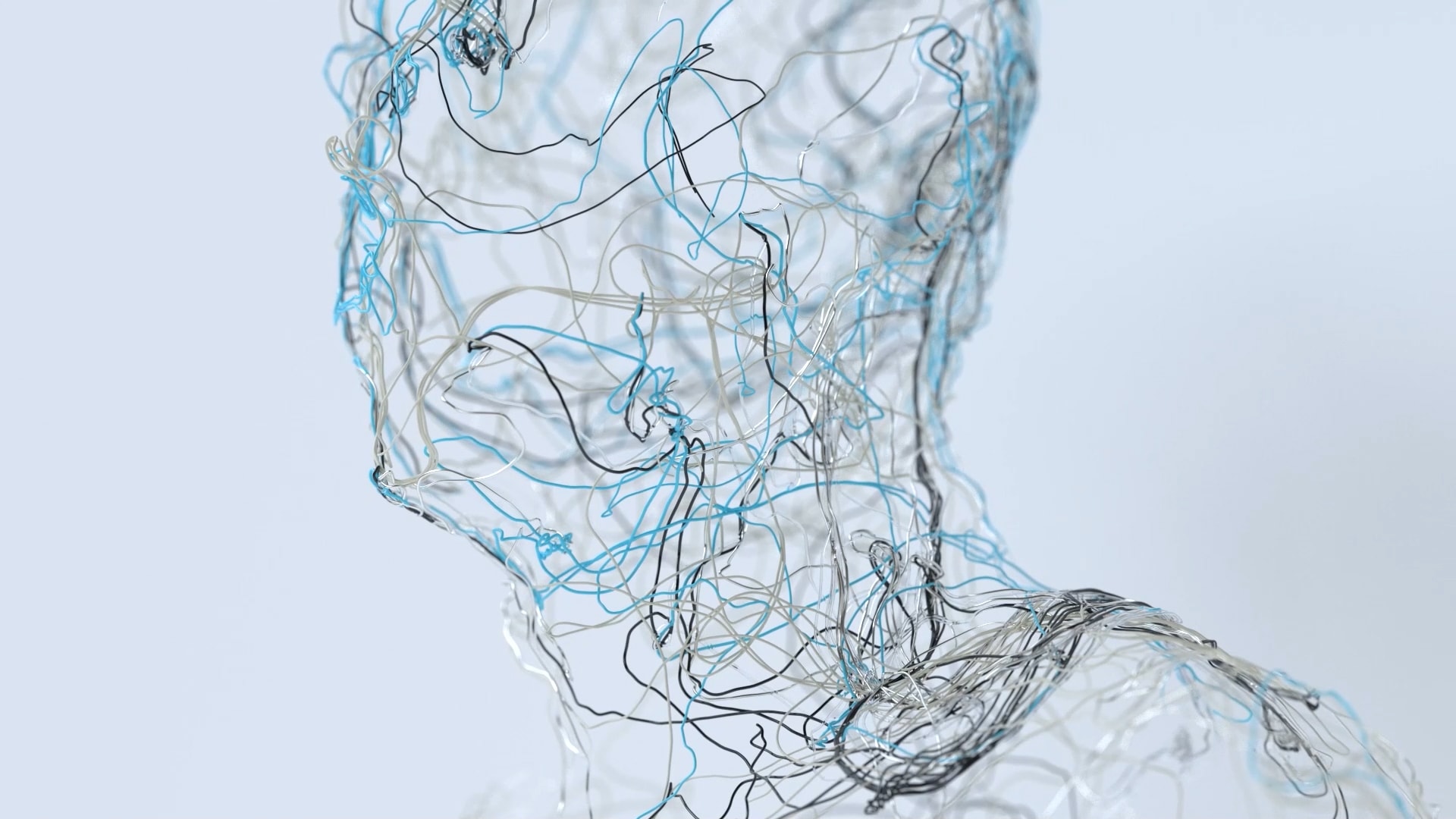 So how do visual ingredients, such as lines arranged in the right configuration, make a person, an individual, recognisable?

Scientists have pinpointed the human recognition ability to the fusiform gyrus, a large region in the inferior temporal cortex that plays a pivotal role in processing and identifying physiological characteristics.

Though most humans recognise familiar faces with little effort, facial recognition systems in technology involve layered and complex computational patterning – detecting the face through segmentation, facial feature extraction and measurement and establishing a ‘feature vector’ before the face is cross-referenced against an evolving database. Although technology is becoming increasingly adept, there remains no substitute for the innate human ability to identify, process and recall the faces of those we know. 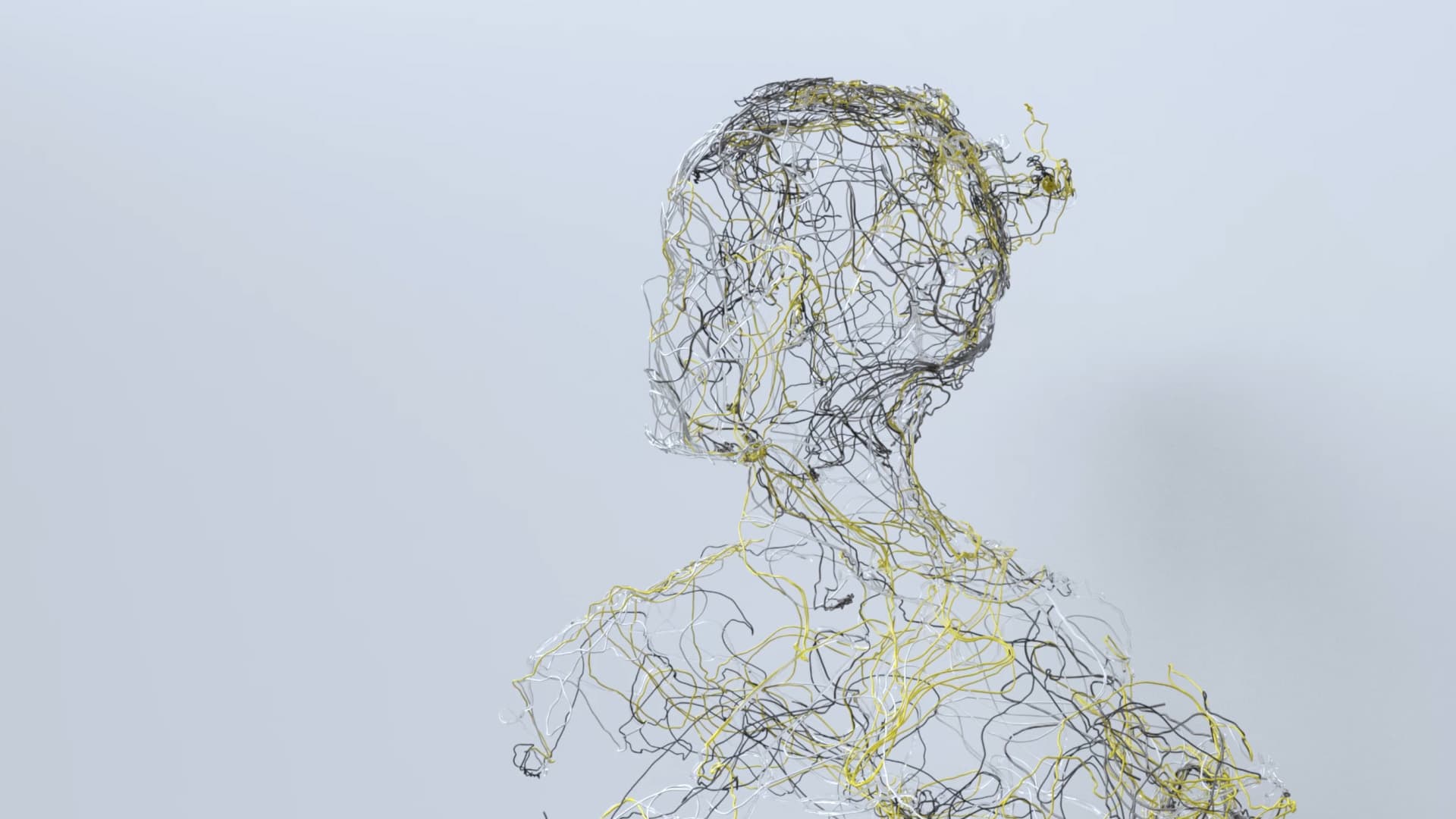 Found’s project questions how people, as individuals, can still be recognisable even with minimal visual information. But what are the controls, and what arena do these portraits exist within?

In traditional portraiture, artists would achieve a likeness through drawn studies created during lengthy sittings. These methods evolved in the wake of the camera, and again with the myriad software tools at a creator’s disposal. In Portraits, Found has used 3D scanning technology to capture an initial likeness of their subjects. This scan forms a base or canvas on which more experimental processes can be explored.

The studio has expanded their investigation into sitter data; how information beyond physiological characteristics – genetics, psychology, behaviour, character and preferences – can be embedded into their portraits to create an all-encompassing, holistic representation of an individual; a profile. 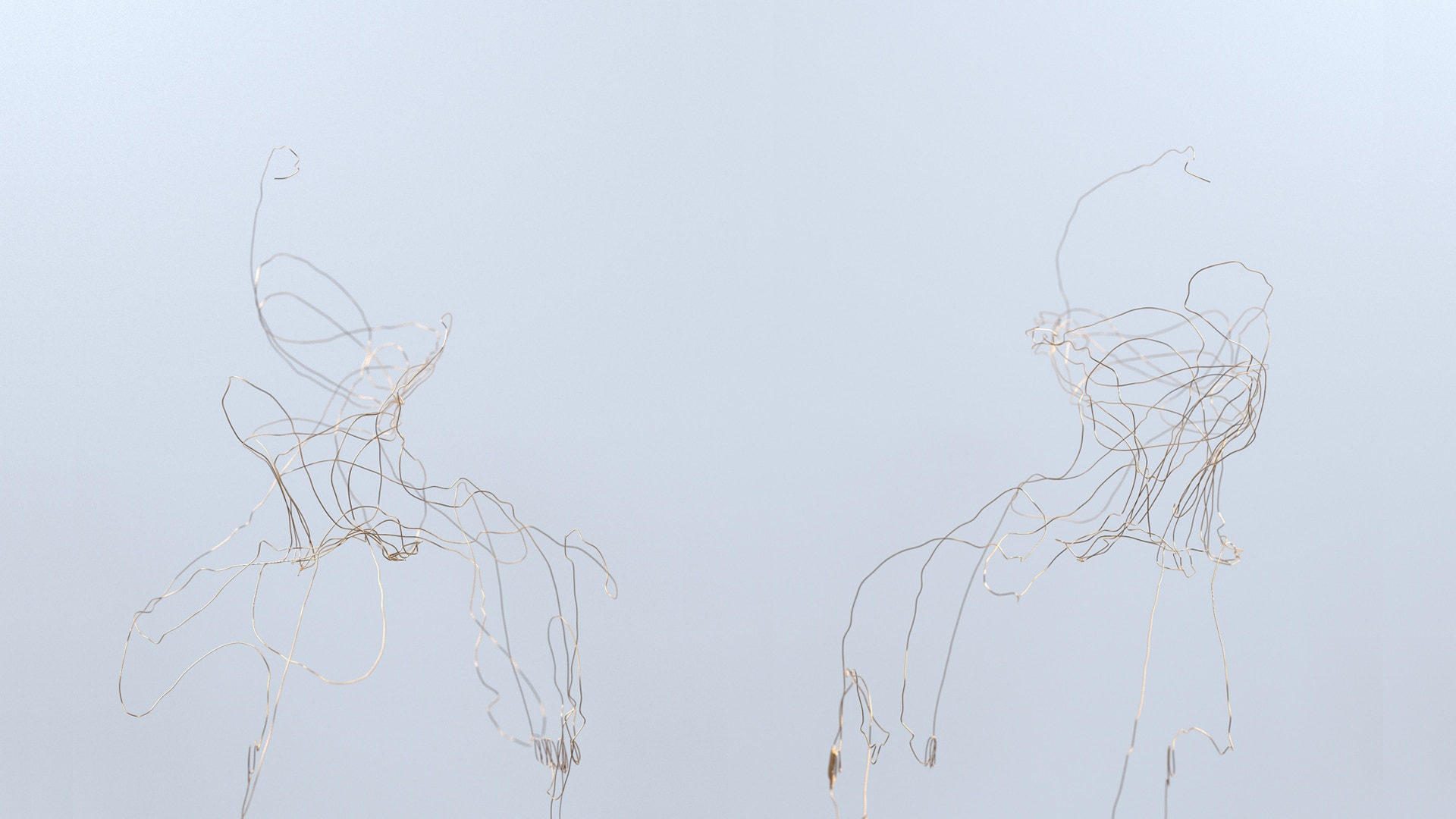 Found are exploring this notion by zooming in. Their compositions comprise a series of complex lines, hyperreal materials and networks that form the fabric of the portraits. Whereas conventional portraiture focuses on lighting the shell, or exterior of the human body, Portraits illuminates interiority, leaving space to visualise abstract thought and emotion through tendrils of electric light. This is not just an exercise in depiction, but in recording essence – all that makes us different, and all that makes us the same. 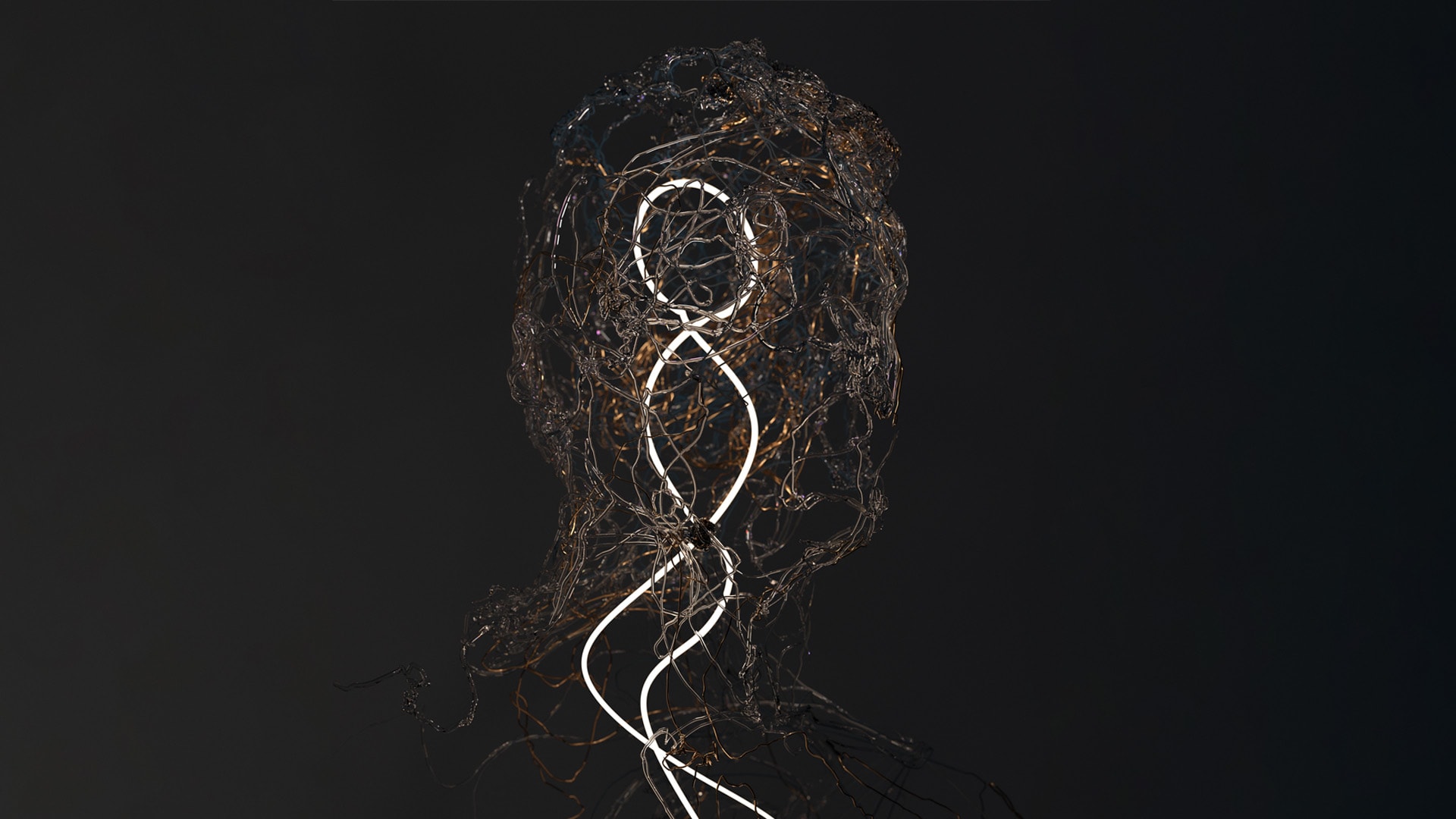 The results are intangibly virtual, yet virtually tangible. This multifaceted representation of a person was conceived from real-life data but exists in the virtual space as a truly digital portrait: a body without limits. Their original likeness is intact, but their recognisable attributes are pushed to the furthest possible extremity, walking the thin line between figuration and abstraction.

In this speculative experiment, there is enough visual legibility to conjure form, and enough illegibility to keep the question open. As American graphic designer Jeffery Keedy asserted in his 1998 essay, Graphic Design in the Postmodern Era, ‘I have never been very interested in pushing the limits of legibility for its own sake. Absolute clarity, or extreme distortion, is too simplistic a goal… I wanted to explore the complex possibilities that lie somewhere in between.’